After leaving Oxford, Mississippi, where I presented a paper at the University of Mississippi William Faulkner & Yoknaptawpha Conference, my husband and I traveled to Clarksdale, MS. During our visit, a dear friend pointed out a 19th century structure that seemed fitting for this blog. Again, I am deeply interested in encouraging students enrolled in this class (or thinking about enrolling in this class this fall) to always be on the look-out for how the nineteenth century urban space is still with us just as I did last year with another group of students. As I said - quoting Faulkner - during  my presentation on antebellum black-white intimacies this past Monday at the Oxford conference, "the past is never dead. It is not even past." Sure enough, I was soon standing in front of The Clark House in Clarksdale. John Clark, a native of England and founder of this town, began construction on this home, which is now a bed and breakfast, in 1859.  He had to suspend construction because he was relying on Northern workers rather than enslaved labor. Indeed, when the Civil War began, those workers departed. The complexities of his politics seemed interesting and made me want to learn more about him.

I learned that Clark had earlier done well as a local landholder and lumberman, benefitting from many things including his ties to James Lusk Alcorn, the governor of Mississippi, who was his brother-in-law, but also a coming railroad that eventually contributed to Clarksdale's initial growth when it was incorporated in 1882. As my husband and I walked around the downtown area we guessed that this city's initial hey-day was likely in the late nineteenth century before the boll-weevil arrived in the 1920s (that critter, the mechanization of the cotton industry as well as the "long freedom" - or Civil Rights -movement, contributed to many changes throughout the south).

The heartbeat of Clarksdale these days is doubtless Ground Zero, a blues nightclub that draws tourists from around the world.  In recent years, this institution figures into numerous signs of the uphill battle that Clarksdale and other towns and cities in this country face in their attempts to jumpstart new growth. Yazoo Pass, a local coffee house that is an easy walk from this nightclub, is another one of the positive signals. In it, blacks and whites work behind the counter, something that would have been unheard of during the nineteenth century through the 1940s when my maternal relatives, many of them sharecroppers, lived near this Mississippi Delta town.

Bill Howell, the innkeeper, used a word to which I often turn - complexity - when he began to share some the Clark House's history. As we talked, Howell, a self-described bohemian who also runs a pedicab business, also used the word "continuity" to refer to southern history, the idea being this: there is continuity in the South's complexities. My own research on nineteenth century black-white intimacy reveals as much.  I nodded as he spoke because I believe there is both complexity and continuity in narratives concerning sorrow and triumph across the class and color line in the South. I think, too, about the Choctaw and Chickasaw Indians that resided in the fertile Delta before white settlement. I look forward to discussions about these words and the many aspects of emerging urban life in the United States in just four weeks. Yes, school starts on August 20.

By the way, a mansion next door to the Clark House is on the original site of the Clark mansion. This mansion is named for J.W. Cutrer and his wife, Blanche. Blanche was Clark's daughter and the inspiration behind the Blanche du Bois character in the 1947 Tennessee Williams play A Streetcar Called Desire, which was made into a film in 1951.
Posted by Unknown at 12:31 PM

Young Women and Education in an Urbanizing America 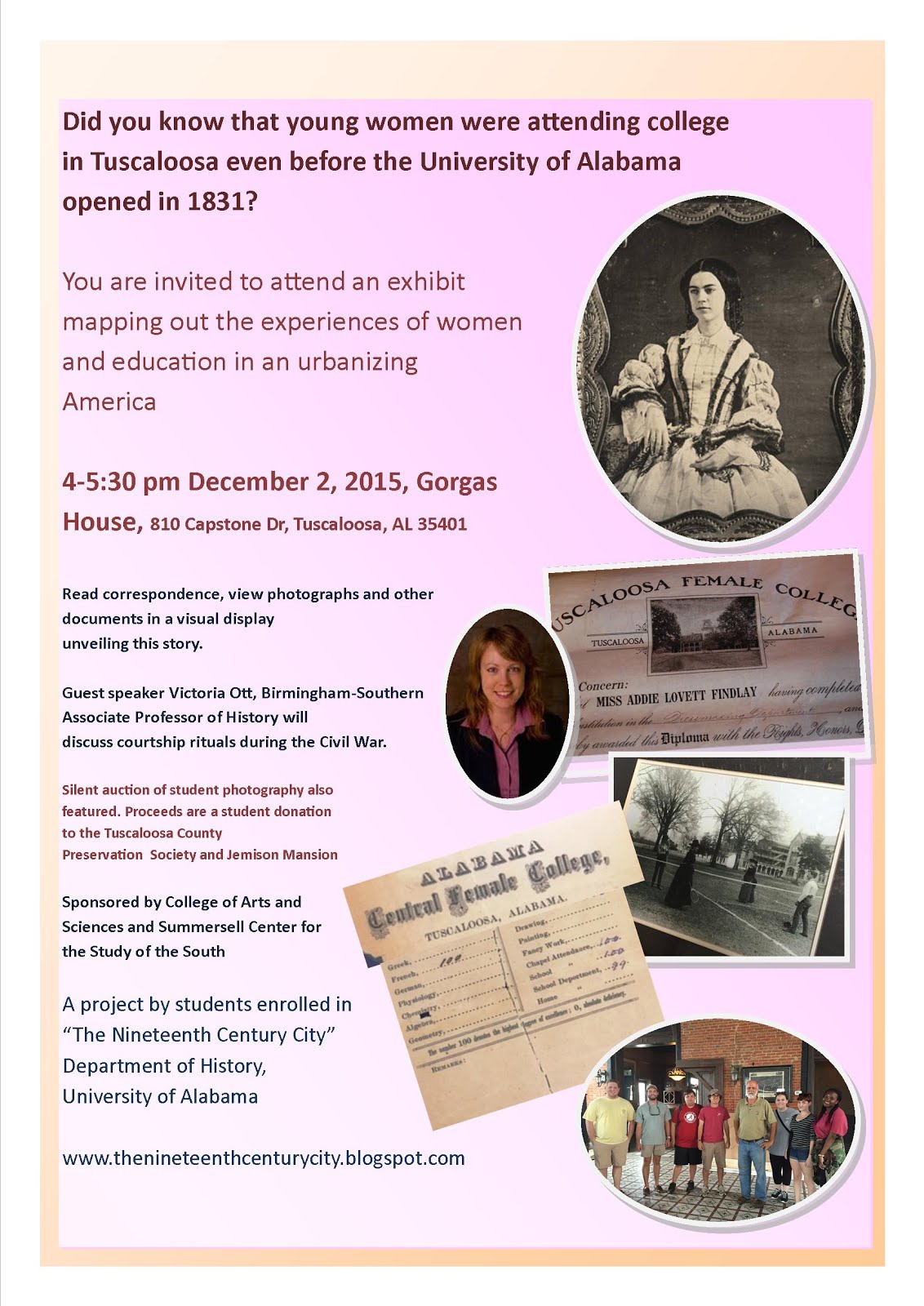 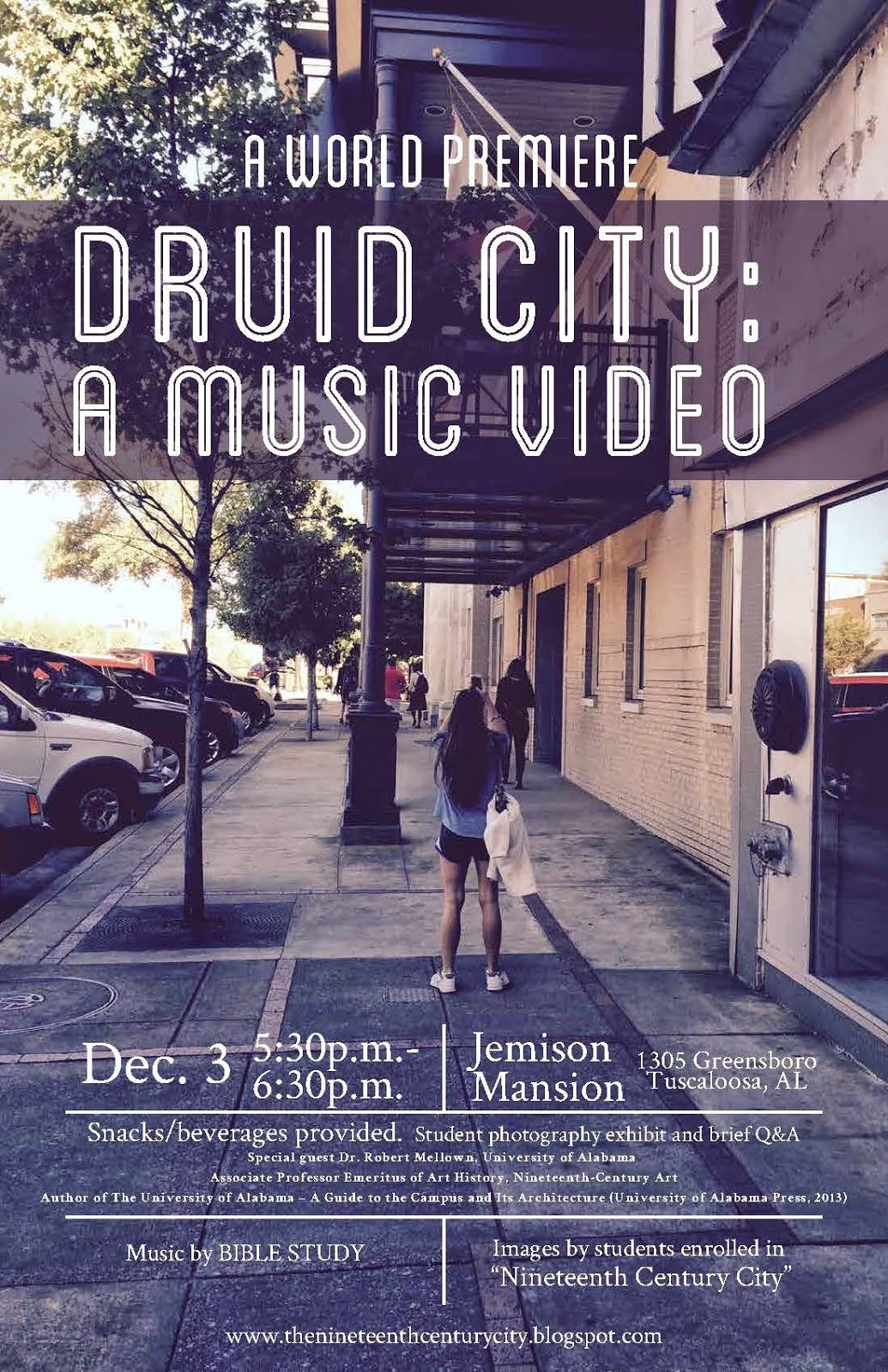 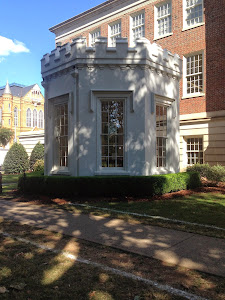 This blog presents topics addressed in "The Nineteenth Century City," HY-300, a course taught at the University of Alabama.